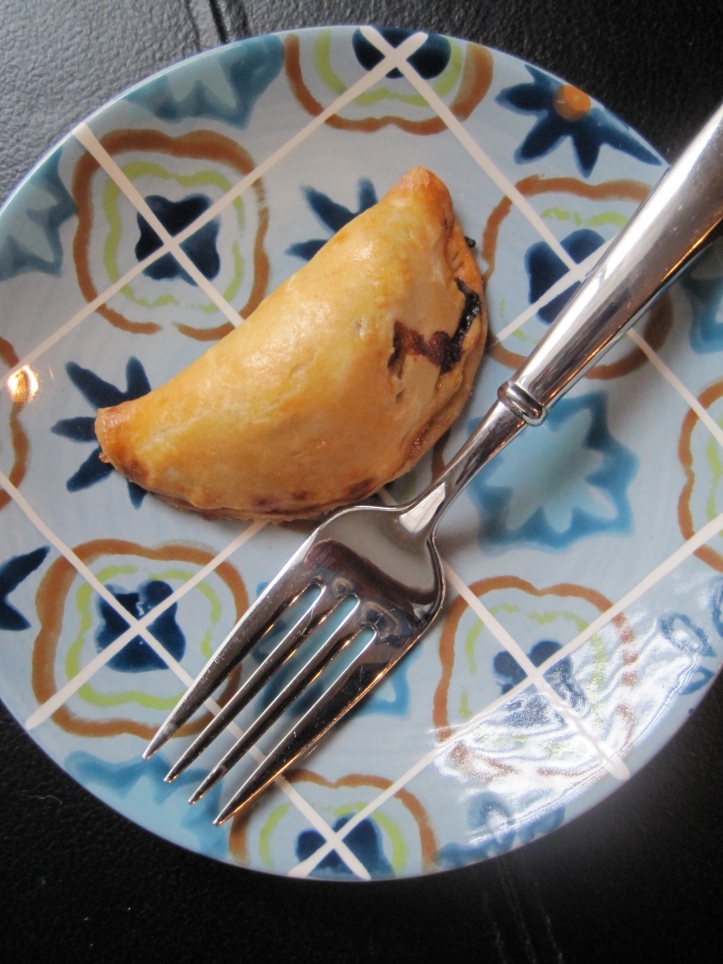 In college, I spent a semester studying abroad in Buenos Aires, Argentina.   The apartment where I lived during that time was above a little shop that sold empanadas by the dozen. Empanadas are turnovers that contain a variety of fillings.  My favorite type of empanada in Argentina was one filled with ham and cheese, reminiscent of a croque monsieur.   Packed in a large box and decoratively crimped to indicate their filling, these savory pastries were my South American substitute for pizza  and I ate dozens of them during my time abroad. 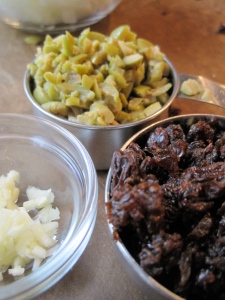 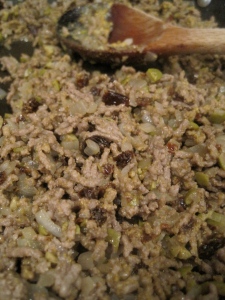 A few years later, when I arrived in Ecuador to begin a year-long stint teaching ESL, you can imagine my delight when my host family announced that we would be making beef empanadas for dinner one night.   I excitedly set out to record the recipe for posterity in enthusiastic (if not particularly good) Spanish on a green index card. 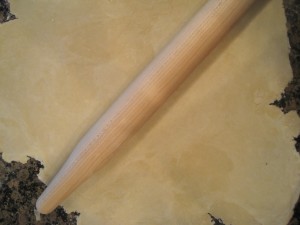 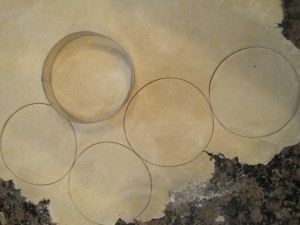 Since then, I’ve pulled the recipe out numerous times  and have repeatedly been discouraged by its cryptic nature. My host family had obviously been making empanadas for a long time, as they answered my frequent questions with vague, and frankly frustrating, responses of “a little of this” and “some of that.”  Having never been one comfortable with inaccuracy, I did my best to estimate measurements, but eventually gave up and just wrote a list of the ingredients hoping my memory would serve me well when I had a craving. 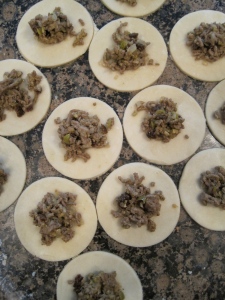 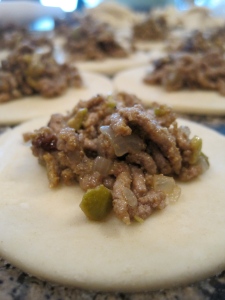 To this day, I’ve never been able to recreate those empanadas that I enjoyed around the table with my Quito host family.   However, I’ve come up with a recipe that more than satisfies when I get a craving for pastry dough with a meaty, flavorful filling.   Chopped raisins and green olives, while seemingly odd additions, provide a delicious sweet and salty contrast to the beef filling seasoned with cumin, onions, and mustard.   While you can use this recipe to make several large empanadas to eat as a main course, I prefer to make small empanadas and serve them as hors d’oeuvres. 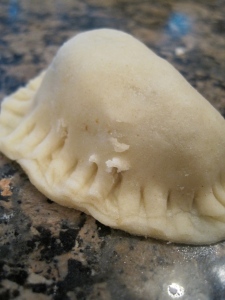 Preheat the oven to 400 degrees and line two baking sheets with parchment paper.

To make the dough, whisk together the flour and salt in a large bowl.  Using a pastry blender or two forks, cut in the shortening until the mixture resembles coarse meal.

Remove the ice from the water.  Slowly add the water to the flour.  Stir to combine the flour and water.  The dough should be soft.  Add another 1/4 cup of ice cold water if the dough seems too dry.

Transfer the dough to a floured surface and knead it briefly.  Divide the dough in half and flatten each half into a disk. Wrap each disk with plastic wrap and refrigerate for at least 30 minutes.

Meanwhile, heat the vegetable oil in a 12-inch skillet until hot.  Add the onions and cook, stirring constantly until softened, about 3 to 5 minutes.  Add the garlic and cook until fragrant, about 30 seconds.  Stir in the ground beef.  Cook until the meat is brown then stir in the raisins, green olives, mustard, cumin, salt, and pepper.  Remove the skillet from the heat and stir to combine.

On a floured surface, roll out one disk of dough to 1/8-inch thickness.  Cut out 15 circles using a 3-inch round cutter.  Repeat with the other disk of dough.

Spoon 1 1/2 tablespoons of filling in the center of each circle.  Fold the circle in half, covering the filling, and firmly press the edges together.  Use the tines of a fork to seal the empanada.

Add a little water to the lightly beaten egg to form egg wash.  Place the empanadas on the prepared baking sheets and brush with the egg wash.  Bake for 25 minutes, or until golden brown.  Serve immediately.