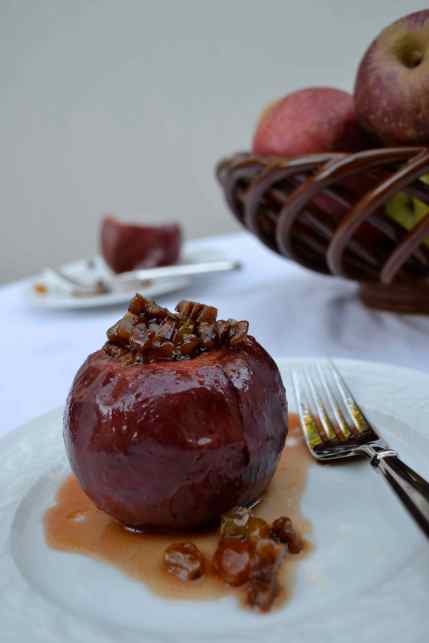 It started with a cocktail.   We were up in Maine last month for a wedding on North Haven Island.  We stayed at the lovely Nebo Lodge and one evening, before heading out, I had a bourbon-cider drink that was autumn in a glass.  Crisp, yet still warming, it made me think of going back to school, Saturday football games, and changing leaves. 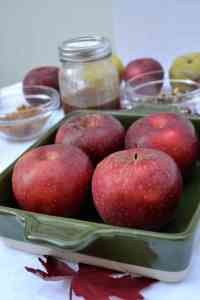 Last week, getting ready for dinner with friends, I searched for a drink recipe that would imitate what I had enjoyed in Maine.  In my search, I stumbled across this recipe for Ciderhouse Whiskey on the Saveur online site.  It featured an ingredient called cider syrup (aka boiled cider) which is apple cider that is boiled down to a  thick, sticky syrup that sings with spice and tangy tartness.  A little of this syrup, mixed with bourbon and garnished with a lemon peel, makes a serious and stocky drink that demands to be sipped.

To make the syrup, you simply reduce one gallon of apple cider to two thick cups over about one hour.   When reducing the cider, it’s important not to do it too quickly as the cider can burn.  Simply bring it to a strong simmer and let it go – don’t rush the process.  For the quickest results, use a wide Dutch oven or skillet.  The more surface area you have the quicker the cider will evaporate and reduce in volume.  The cider syrup keeps for a week or two and I’ve enjoyed drizzling it over my morning oatmeal when it’s not being used as a mixer.

Last week, a trip to the mountains to visit friends resulted in my now traditional bulk apple purchase.  Over the past couple of days, I’ve eaten apples raw, made and then canned applesauce in quart-size containers, and made a delicious apple-walnut cake.  Despite my efforts, there still remains a box of apples on my counter and it occurred to me that the bag of Rome Beauty’s might be the perfect way to use up the last of my cider syrup. 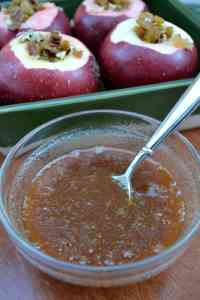 Making the cider syrup is the most time-consuming part of this recipe.  Baked at 375 degrees, I cook the apples for 15 minutes before covering them with foil for the rest of the baking time.  Be sure to use baking apples for this recipe as an eating apple will break down and become mushy during cooking.  I like my baked apples to retain a bit of firmness, but otherwise be very tender. I begin to check the apples after 25 minutes of cooking and then check every five minutes after that until they reach my desired level of doneness. Depending on the variety of apple you use and its size, the cooking time may vary.  With that being said, don’t worry too much about over-cooking.  On my first batch, I left them in for close to 40 minutes (I got busy doing something else).   Aesthetically they suffered a bit, but I had no problems eating them and found the inside of the apples, despite the mushy appearance of the outside flesh, retained a firm texture while still being delightfully tender.

I’ve always thought that vanilla ice cream was a must with baked apples, so I was pleasantly surprised that these apples, drizzled with their sauce, needed no accompaniment.  They performed beautifully solo, although for those who can’t resist, you’ll hardly complain about a scoop of vanilla on the side.  Happy cooking!

Preheat the oven to 375 degrees.

Peel the skin off just the tops of the apples.  You can peel the entire apple, but I think the presentation is prettier with most of the skin left-on.   Core the apple; make sure to leave the bottom of the apple intact.  Place the apples in an 8-inch by 8-inch baking dish.

In a small bowl, combine the raisins and pecans.  Divide the mixture between the four apples stuffing the hollowed-out core to the brim.   Whisk together the cider syrup and brown sugar until the sugar has dissolved.  Drizzle the syrup over the apples filling them to the brim.   Cut the butter into 4 thin slices and place atop each apple.  Pour the boiling water around the base of the apples.

Place in the middle rack of the oven and bake for 15 minutes.  Carefully cover with foil and then bake the apples for another 10 to 20 minutes or until tender.  Cooking times may vary depending on the size of the apple and the variety.  Baste the apples with the sauce before serving.  Serve the apples with a scoop of ice cream and drizzle with the pan juices.

*To make cider syrup:
Bring a gallon of apple cider to a strong simmer in a large Dutch oven or skillet.  Reduce to 2 cups.  This will take about 1 to 2 hours.  Don’t try to speed up the process by cranking up the heat as the cider will burn and develop an off taste.   Keep, refrigerated, for up to 2 weeks.