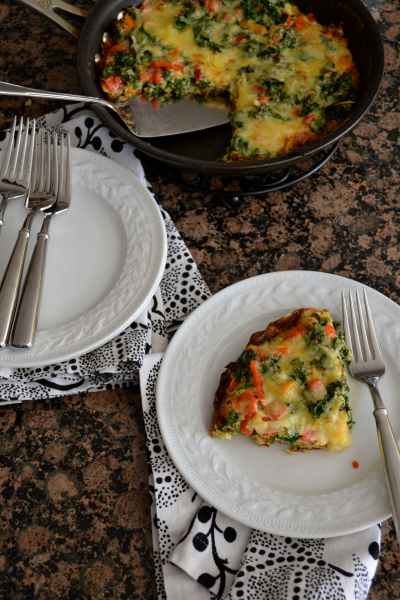 I’m on a mission.  My pantry and cabinets are stuffed to overflowing with food.  I’ve got half-empty bags of pearled barley and farro, scant teaspoons of xanthan gum, about eight different types of flour, and enough chilies to catch a hundred mouths on fire precariously stuffed in my cabinet.  Vinegars, from champagne to white balsamic, sit between an assortment of preserves and a plethora of dried fruits and nuts.   Typically I find comfort in having so many staples close at hand, but recently I’ve found it a bit overwhelming.  I’ve felt the urge to spring clean my pantry. 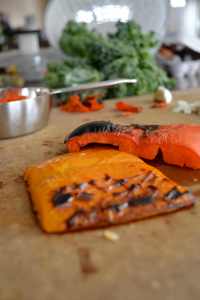 So over the past couple of weeks, I’ve limited my grocery store shopping and instead have looked to the freezer and the pantry for inspiration.   It’s been nice to use up that tiny bit of bulghur wheat in a soup and to use those duck breasts that have been in the freezer since December for a fun weeknight meal.  This week, however, the refrigerator drew my attention. 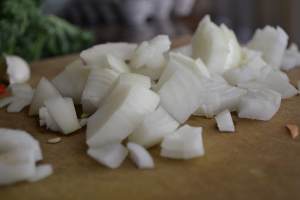 It yielded a couple of bell pepper halves from a recent demonstration and about two handfuls of fresh kale.  In the cheese drawer, a pathetic wedge of gruyere cheese begged to be used and an onion, its outside skin starting to shrivel, was on its way out.   Garlic, always on hand, was plentiful, as were eggs and olive oil.   I knew I was going to make a frittata. 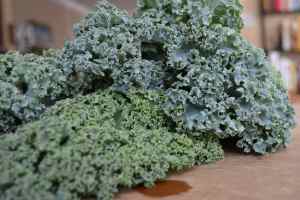 A frittata is an Italian omelet that has the ingredients mixed-in instead of folded inside like a traditional omelet.  To prepare it, you can flip it on the stove top, make it in a special pan, or finish it under the broiler.   I prefer the latter method, as flipping one’s meal in a state of hunger is never a good idea and I just don’t have space, nor the desire, to have a pan solely for frittata (no matter how much I like them).  No, the method for me is to start the frittata on the stovetop and then finish it under the broiler. 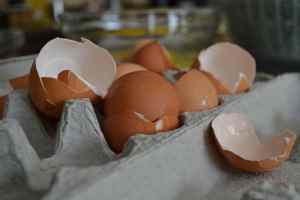 This is a meal that comes together in minutes and has an infinite number of variations.   I’ve served it for breakfast, sliced and served it at room temperature for brunch, and even enjoyed it with a mixed green salad for lunch or dinner.  Frittata also makes a terrific addition to one’s picnic basket. 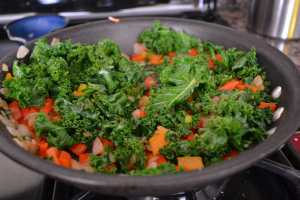 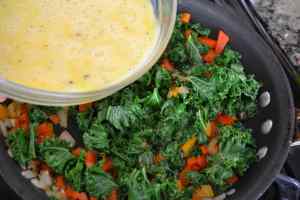 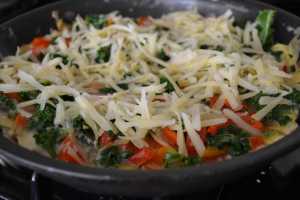 Frittatas aren’t hard to make and are a great way to use up the odds and ends in one’s produce drawer.  In fact, I think this is the only way they should be made as making a list to actually go buy the ingredients takes the fun out of the entire dish.   Fast, easy, and yielding delicious results, this is a meal to make when you want to turn nothing, or not much of anything, into something. 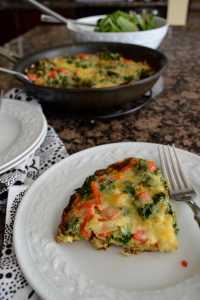 Use this recipe as a guide to make your own frittata from what you have on hand in your refrigerator.  A couple of years ago I read about adding some egg whites to the rest of the eggs to lighten everything up. It makes a huge difference and, provided you have enough eggs on hand, I encourage you to add egg whites to your frittata as well.

This recipe is packed-full of vegetables and the egg just holds everything together.  Adjust the amount of vegetables used to determine the final consistency.

Turn the broiler on high and place a rack in the top third of your own.

If you are using bell pepper halves, simply place them on the foil-lined baking sheet skin-side up and roast until the skin is blackened and puckered.  Continue as directed below.

When the skin is blackened and puckered, remove the pepper from the oven and place it in a bowl.  Immediately cover the bowl with plastic wrap and let the peppers sit for at least 10 minutes.

After ten minutes, remove the pepper from the bowl and use your fingers to gently remove the skin (it may help to do this under running water).  Cut the pepper in half and discard the inner membrane and seeds.   Chop the pepper and set aside.

Heat a 10-inch, non-stick, oven-proof skillet over medium heat.  Add 1 tablespoon of olive oil and add the onion.  Cook, stirring occasionally, until just beginning to soften, about 5 minutes.  Stir in the garlic clove and cook until fragrant, about 30 seconds.  Add the remaining tablespoon of olive oil and add the kale.  Cook, stirring frequently, until the kale begins to cook down.  Add the roasted bell pepper and season to taste with salt and freshly ground black pepper.

Beat the eggs and egg whites in a medium bowl.  Season to taste with salt and freshly ground black pepper and then pour the eggs over the vegetable.  Cook, over medium heat, for about 5 minutes.  As the eggs cook, use a rubber spatula to pull back the sides of the frittata and let the uncooked eggs trickle under the cooked portion.  When the omelet appears to have just a little liquid on the top, sprinkle the cheese over it and place it under the broiler.  Broil for 1 to 2 minutes until the cheese is brown and bubbly.  Remove from the oven and let cool for 5 minutes.  The frittata can be sliced and served from the skillet or, loosen the sides of the frittata with your rubber spatula, and slide it on a serving platter.   The frittata is good warm or at room temperature.  It does not reheat well.